15 Countries with Better Healthcare than the United States 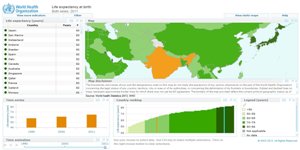 Let’s compare which countries have the most efficient health care system, regardless universal health care, single payer insurance system, or ObamaCare etc. We evaluate the efficiency of the health care system based by the expected life expectancy and the total expenditure on heath as percentage of GDP (Gross Domestic Product). The figures I collected are from the following Wikipedia and WHO(World Health Organization) and I use spreadsheet to calculate the efficiency of the health care system of each country followed with my own analysis and comments. Below are some presumptions.

So if we divide Life Expectancy by the Percentage of Total Expenditure on Health to determine the efficiency of health care for each country, as you can see, the performance of Singapore is unbelievably efficient, their government spends least money percentage wise and the life expectancy of its citizens goes up to 82.

Most Asian countries like Taiwan, South Korea, and Japan are pretty much on top of the list. Countries like India and Gambia should have not listed here because probably most of their citizens are not covered by the universal health care.

On the other hand, the United States needs to spend lots of money(17.6% of its GDP) to keep its “notorious” health care system. I seriously doubt the ObamaCare (Affordable Care Act) would improve the efficiency of its health care system but undoubtedly more Americans will be covered by the new health care system. If I have to say something for this most powerful country in the world, it would be they need to keep their military expenditure at the highest level since the situation in middle-east is really tight and in the meantime, Singapore, a small technology island, probably has nothing to do with it.