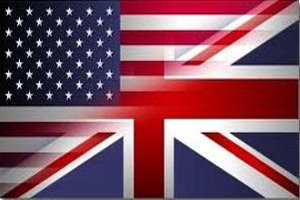 For the most part, many of the systems which are operated within the United States (the legislature and some portions of the government operations) are taken from the way in which things are done in the United Kingdom. There are obvious historical reasons for this. However, there is one thing that the UK and the US does differently and that is the way in which offers health care. On this page I want to take a little look at the differences between the two countries when it comes to offering this.

Perhaps the main difference between the health care systems is the fact that the United Kingdom offers a socialized healthcare system whereas the United States offers an almost fully-private system. So, what does this mean? Well, in the United Kingdom healthcare is free to an extent (through a government body known as the NHS). This means that absolutely everybody has access to healthcare no matter how much money they have. It is paid through taxation. The health care system in the United States is completely different. Here it is mostly private. This means that if you want healthcare then you are going to need to pay out of your own pocket. The quality of care will be determined by how much you have to pay. As health costs are so expensive here people often take out medical insurance in order to cover them to some degree. Those that are uninsured will need to pay out of their own pocket to actually get treatment.

It is worth noting that whilst socialized healthcare is something which is welcomed with open arms in the United Kingdom, it is not something that really grabs the interest of most people in the United States. There are a number of reasons for this. Perhaps the biggest being that many people are not up for an increase in taxes and they believe that regulation like this is going to decrease the quality of care. There is no real driving force behind a push for socialism of this nature. In fact, both of the main political parties believe that it should stay the way it is and that is completely controlled by the private sector.

Now, this is not to say that the United States does not realize that there are serious issues with the way in which healthcare is administered in the United States. In fact, it has been noted time and time again that what they do when it comes to health falls way below par. This is why there has been some effort to introduce health reforms. The latest, known as Patient Protection and Affordable Care Act (often cited as ObamaCare in the media) has been designed to reduce health care costs considerably and to improve access to quality care. This is one step towards a regulated system (although of course everything will remain privately owned). The idea is that almost everybody should be able to access the healthcare system if they need it. The quality of care should not be based on how much you can actually afford. Sure, you will still need to be insured, but the cost of medical insurance will come down quite a lot to allow this to happen. Obviously these health reforms are not law yet (they have been signed in but not completely active). This means the system remains the way in which it was in the past and that is completely private with no regulation. This seems to be the way in which the Americans favour it at the moment, especially when you take a little look at the reluctance to introduce this law fully.

It is unlikely the health care systems of either country will change any time soon. After all, that way of life has been ingrained into the residents of each country. There is no denying that both methods could do with a little bit of change though. After all, neither method benefits everybody.