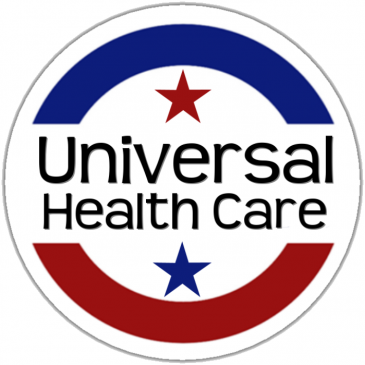 Everyone deserves at least basic health care irrespective of their origin, background, and financial status. Recently, there was a coalition made of over 500 leading health and development organizations from all corners of the world urging governments to fasten reforms that will see everyone, everywhere, can have access to quality health care without being forced into poverty – This is what has been the underlying principle of universal health care.… Read More

Where the Democratic Presidential Candidates Stand on “Medicare for All”? The universal health care is a system arranged by the government in any country to ensure all its citizen acquire the same quality of medical services. This program is offered to all people regardless of their ability to pay the health care. In the United States, the universal health care system are sometimes called as “Medicare for All”. Compare to other 32 developed countries in the world, United States is … Read More

The Biggest Reason Why Americans Still Don’t have Universal Health Care? The universal health care is offered by the government in any country to its citizen regardless of their ability to pay the health care. It is arranged by the federal government to ensure all the people acquire the same quality of medical services. In the United States, the universal health care system are sometimes called as “Medicare for All”. Compare to other 32 economically developed countries in the world, … Read More

Is Universal Health Care the Same as Socialized Health Care? Although the insurance business has mushroomed with a variety of protection options, there are still people who are not sure of using it. Misguided views are the main cause of this uncertainty. Various “myths” eventually emerged. The goodness of insurance benefits are then covered. In fact, insurance is very useful in our daily lives. Then, what is wrong about insurance that you often encounter? Feeling young and in need of … Read More

Why Universal Healthcare is Bad for America? Universal health care is kind of health care insurance in which anyone is given a chance to be covered based on their age, race, income, gender, and wealth. It means that you will be eligible to have a universal health care as long as you become a part of a citizen in a certain country such as the citizens of the United States. In fact, there are over 45 million people in the … Read More

Pros and Cons of Trumpcare – American Health Care Act (AHCA) Like it or not, the leadership of Barack Obama has ended and now the United States is led by a new president, Donald Trump, the winner of the American presidential election that was held a few months ago. Obviously, the policies announced by the new US president are definitely different from the policies of the previous president, especially in terms of health care. The USA had Obamacare when Obama … Read More

The Health Care Solutions Americans Need The issue of health care in the United States is not something new and quite hard to be understood. The alternation of presidents and legislation does not necessarily alleviate this issue to be debated. The controversy of health care issue actually must be observed from its history in the past. In the early colonial times, health care in the US was such rare diamonds to get. There were only a few medics came here. … Read More

Donald Trump on Healthcare Reforming The elected president, Donald Trump, promised to make a quick abolishment and also the replacement of the Affordable Care Act. Trump and the elected Republican Congress are now caught in between a rock and a hard place situation. The promise needs to get fulfilled under any condition. What will he do about the promise? One biggest problem of health care reforming is to fund all the tax credits or deductions that they proposed in order … Read More

Enrollments for Obamacare Increase after Trump’s Election Last week, HHS reported an increase in the number of those enrolling for the coverage of the Affordable Care Act’s federal exchange after Donald Trump was elected. Trump repeatedly said it was among his priorities to repeal the law upon assuming office. On the 9th of November, at least 100,000 enrollment were recorded. Since the 1st of November when the enrollment so began, that is the highest figure recorded. Paul Ryan of Wisconsin, … Read More

A major change will be forced by the healthcare industry after Donald Trump has been elected as the President of United States. Conservatives have been enabled by Trump presidency in order to take back the Affordable Care Act and do a couple of proposals that have been written in the GOP platform and the latest leadership paper of House Republican on healthcare which is completed with the retention of control from GOP. When Trump meets his supporters, he did not … Read More